The Omega has a built-in hardware SPI controller allowing it to communicate with an SPI-enabled peripherals. The Omega only supports half-duplex SPI transmissions. To implement SPI communication, we recommend using the python-spidev module.

The Serial Peripheral Interface (SPI) is a four-wire synchronous communication protocol, largely used to connect microprocessors or microcontrollers to sensors, memory, and other peripherals.

The four signals are:

SPI is a synchronous data bus, meaning that one of the lines is a clock, used to synchronize the bits being sent on the data lines.

The protocol is based on the Master-Slave architecture. The Master will generate the System Clock and the Slave Select signals. Each Slave requires its own Slave Select connection to the Master.

For more details on SPI, check out the Wikipedia article.

The Omega2’s hardware SPI bus has one Slave Select line available, CS1 (the Omega’s flash storage occupies the CS0). The bus is registered to the operating system via the virtual device file /dev/spidev0.1. This is made possible with sysfs, a pseudo-file system that holds information about the Omega’s hardware in files, and lets the user control the hardware by editing the files.

Here’s what the numbers mean:

When using this bus, you will need to specify these particular numbers. Keep these handy for the sections below!

On a side note, device 0 (CS0) is connected to the flash memory used by the Omega.

The SPI pins on the Omega2 and Expansion Dock are shown below. 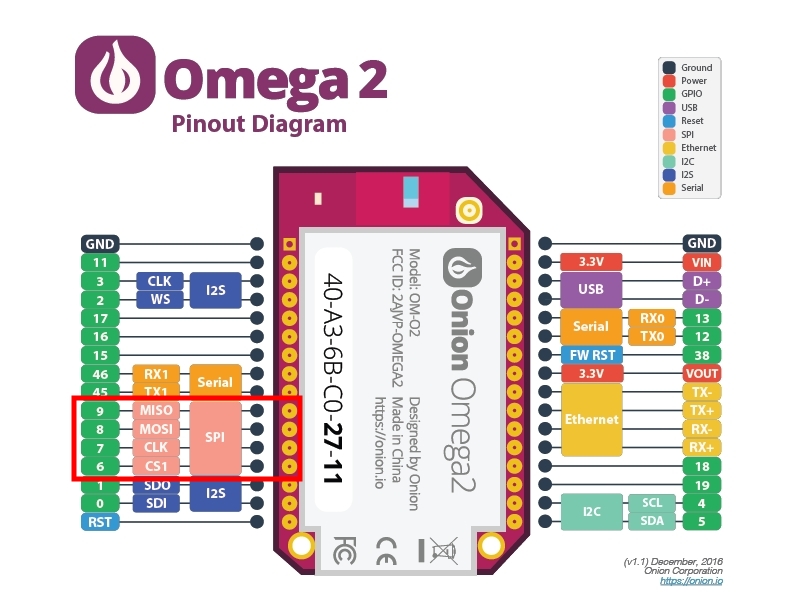 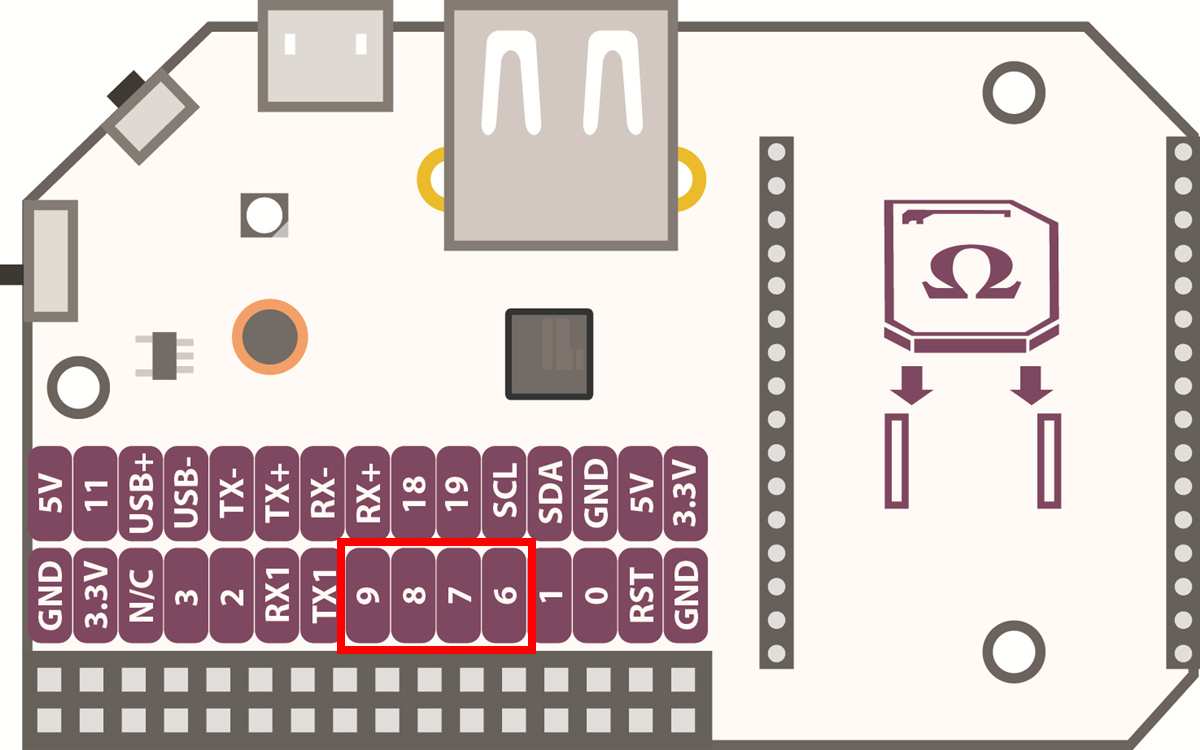 To interact with SPI devices, we recommend using Python and the spidev module. The spidev module provides series of functions that implement SPI communication through the Linux device interface. It also provides an Omega2-specific xfer3 function that implements a half-duplex write-then-read SPI transmission.

For more information on installing and using the spidev module, please see the instructions in our python-spidev GitHub repo. See the Installing and Using Python article for more details on using Python with the Omega2.

Under the hood, the Python spidev module uses the spidev linux kernel driver in C

It’s also possible to write C programs that make use of the spidev linux kernel driver to implement SPI communication.