I2C (Inter-Integrated Circuit), sometimes called Two-Wire Interface, is a serial interface used to quickly and easily connect multiple devices to controllers and processors such as the Omega2. Examples of I2C devices include:

Communication is performed over 2 data lanes, each given their own pin on the Omega2:

The I2C bus uses a master-slave architecture, which means the following:

If you’re interested in the full details, see the Wikipedia article on I2C for more.

All I2C interactions on the Omega2 are done using the virtual device file /dev/i2c-0. This is made possible with sysfs, a pseudo-file system that holds information about the Omega’s hardware in files, and lets the user control the hardware by editing the files.

The I2C pins (SCL and SDA) on the Omega2 and Expansion Dock are highlighted below. 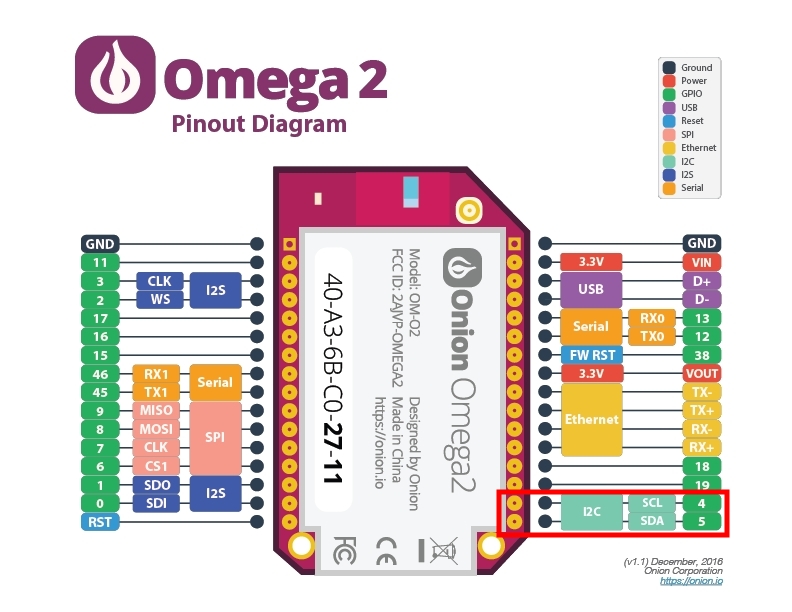 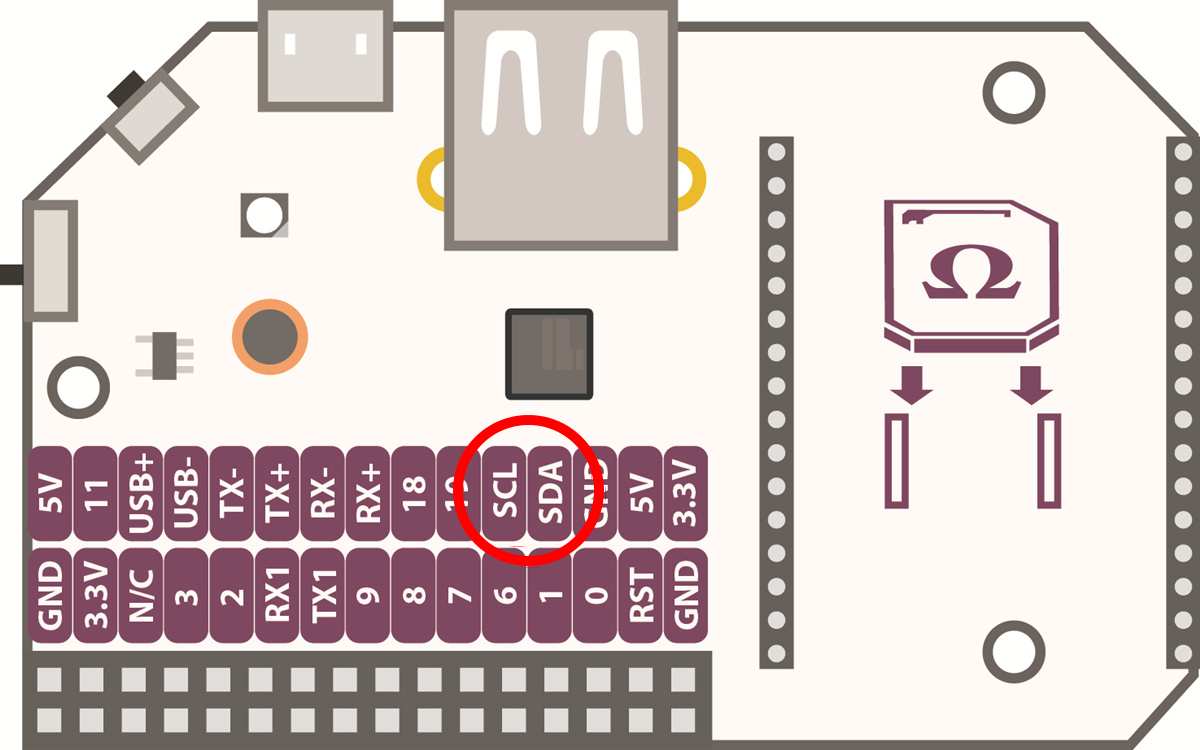 We’ll be using three command line utilities, i2cdetect, i2cget and i2cset, to work with I2C devices. These tools work by using the Omega’s I2C bus to communicate with any connected I2C devices.

It will then output a table outlining the device addresses of each slave device connected to the bus:

Your Omega will need to be on firmware v0.2.2 b194 or later to support the i2cdetect command.

We’ll be using the i2cget and i2cset utilities to read data from and write data to I2C devices. These tools work by using the Omega’s I2C bus to access data stored in registers on the device. A register is a location in a device’s memory. When reading from/writing to an I2C device, you need to specify the register on the device that you want to access.

The i2cget command is used to read a value of a specific register on an I2C device. A typical command reads as follows:

The options are explained below:

For example, let’s say we have an I2C temperature sensor at address 0x40 acting as a slave with the following registers:

Let’s say we’re interested in reading the temperature in degrees Fahrenheit. We do this using the following command:

And it returns 0x48, which is 72 in decimal (22 degrees Celsius). That’s some nice weather outside!

i2cset is used to set the value of a register on a target I2C device. A typical command looks like this:

The options are explained below:

Let’s say we have an I2C room light controller at address 0x27 acting as a slave with the following registers:

Some of our Expansions use I2C to communicate with the Omega. To learn more about how to work with them, take a look at the guides below:

Moving Beyond the Command line

We’ve developed an I2C Python module that you can import into your apps. For all the details, see the I2C Python Module.

This tutorial is brought to you by Matthew Ogborne and David Stein. Thanks guys!

First find or buy an I2C LCD display. They can be found online on Amazon or Ebay.

Install the following packages on your Omega2:

Wire up your LCD display as shown below:

If you’re thinking, “hold on, this display is 5V and the Omega is 3.3V, how will this work?”, you have a good eye! What’s happening here is that we’re using the 5V available on the Dock to power the display, and then using the Omega’s 3.3V I2C signals to control the display. This is safe for the Omega since there will be no 5V input coming to the GPIOs as long as we don’t try to perform an I2C Read operation - which is expected since most screens don’t support reading register values. The LCD is able to read the commands from the Omega since the 3.3V logical high is greater than the logical high threshold voltage on most TTL circuits used in displays.

Navigate to the src directory:

To use library you can use command line parameters:

Now you should see sample text on your LCD. You can edit lcd.py to change the displayed text. You can also import the whole library into your own Python project! 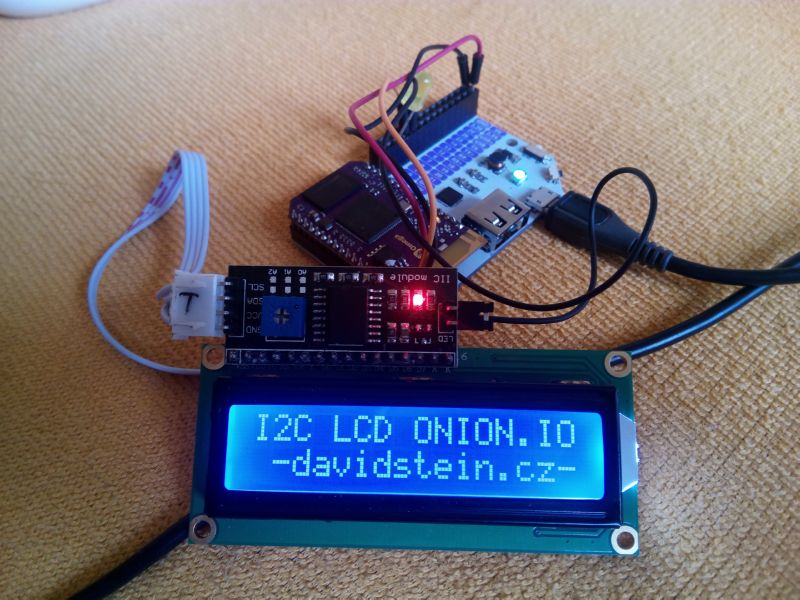 We have also developed an I2C library for C and C++. For all the details, see the I2C C Library